Jasper National Park has all types of wildlife that make traveling the area like a North American safari. Like in Africa, it’s best to get an early start or hang out at sunset to see the most wildlife activity. Don’t worry though, you’ll be able to see plenty of animals during the day too. At our campground, Whistler’s Campground just outside of the town of Jasper, there were a bunch of elk just lying around in the campground and at one point we heard them running through the campground from our tent. It sounded like a thundering herd of bison and was invigorating to see them in action.

On our way to Maligne Lake along the winding forest road, we spotted a black bear and her cubs right along the side of the road. They were down an embankment between the road and the river, almost oblivious to the presence of us and a few other cars that had noticed them. The bears were just doing what they do, eating berries and wandering the slope. The cubs were really cute, jumping around their mother and playing with each other like you see on the nature shows. It was really hard to photograph them as they were safely tucked down in the shrubs and bushes, but they were so much fun to just watch.

While at Maligne Lake we saw more elk and a moose that was standing at the edge of the lake. She was eating to her heart’s content on the water plants that abound the lakes this far north in summer. She also seemed somewhat oblivious to the dozen or so human admirers and photographers all around her. I’m sure she was well aware of each an every one of us, but just continued to munch away at her cornucopia of lakeside eats.

While leaving Maligne Lake, we came across a few cars parked on the side of the road, which almost always means wildlife viewing. Indeed, the was another black bear meandering along parallel to the road (she may have wanted to cross except for all the people). She too was busy going from bush to bush and branch to branch finding berries along the way to care much about us. She was moving along at a pretty good clip high above us on the slope, but only 10 feet or so back from the road. It was tough to keep up with her…we’d spot her near one bush, then she would disappear and seconds later be much further down the road. All the cars (and some people out of their cars) would scramble further down the road to keep up with her. She had no problem moving at will, while we looked like a bunch of bumbling paparazzi on clear paved path. After a short time we lost her and she went about the rest of her life.

Jasper National Park has more than its fair share of wildlife for those who seek it.

Once at the lake, we found there are a few hiking options. Since we arrived mid morning and were lacking a lot of energy, we found a nice loop that took us by the lake. Mary Schaffer Loop also took us in through some forests and meadows, openings where we watched birds, and back to the lodge for some coffee, hot chocolate, and a snack. The walk was beautiful and serene, surrounded nearly everywhere by trees, running streams, ferns, and wildflowers. The silence was welcome, interrupted only by the sounds of birds and trees rustling in the wind. It was a really peaceful walk. At the end of the walk, we found a picnic table at the restaurant and enjoyed lake, forest, and mountain views with a nice mid afternoon snack and hot beverages. Jasper National Park has it all!

On the drive back to Jasper, there are a number of lakes to the northwest of the town, and all have a wide variety of hiking trails. We ended up at Pyramid Lake the day after our visit to Maligne Lake and found the hiking there to be excellent. We had spectacular views of the mountains all around us, as well as of Jasper National Park, the Athabasca River, and many of the alpine lakes. We didn’t see much in the way of animals, but the forest is worth the visit.

While we enjoyed our visit to the Fairmont Chateau at Lake Louise, we found Jasper Park Lodge to be every part the equal of its more famous sibling. One of the big differences at Jasper Park lodge its the scale of everything. It’s far more intimate. The lodge is smaller, though still quite big, and there are FAR fewer people, giving the experience at the lodge a more rustic feel. At Jasper Park Lodge, it feels like you’re still in the wilderness while being surrounded by the best a great lodge has to offer. It’s a park like setting right along Lake Beauvert with an amazing view of Mt. Edith Cavell. There are Adirondack (do they call them that in Canada?) chairs all over the well manicured (but not overly so) grounds to enjoy the view. There are canoes to rent to get out on the water. They even had a large fire pit going the day we were there, complete with all of the complimentary ingredients to make smores…what a great treat!

The hotel is really beautiful but simple. At the entrance, you’re greeted by baskets of flowers that remind you of the alpine hotels of Switzerland. It’s large but not too big and definitely not so tall it’s overwhelming. The outdoor dining was excellent with great views of the grounds and the mountains. The lodge is certainly a destination location and you would be well served to spend at least a few days here. You could also just do like we did, stay at the campground nearby and then just visit for the day and have a meal and a drink.

The Bodega Highway to Occidental to the Bohemian Highway is a very scenic ride in the dappled sunlight of all of the trees.

Monastery of Agiou Ioanni Prodromou, Lousios Gorge, Greece Lousios Gorge and Prodromou Monastery Just a few miles down the road from our lunch spot in Dimitsana is a spectacular gorge with amazing nature and spectacular views. Just off the main road and down a set of switchbacks, we came to[…] 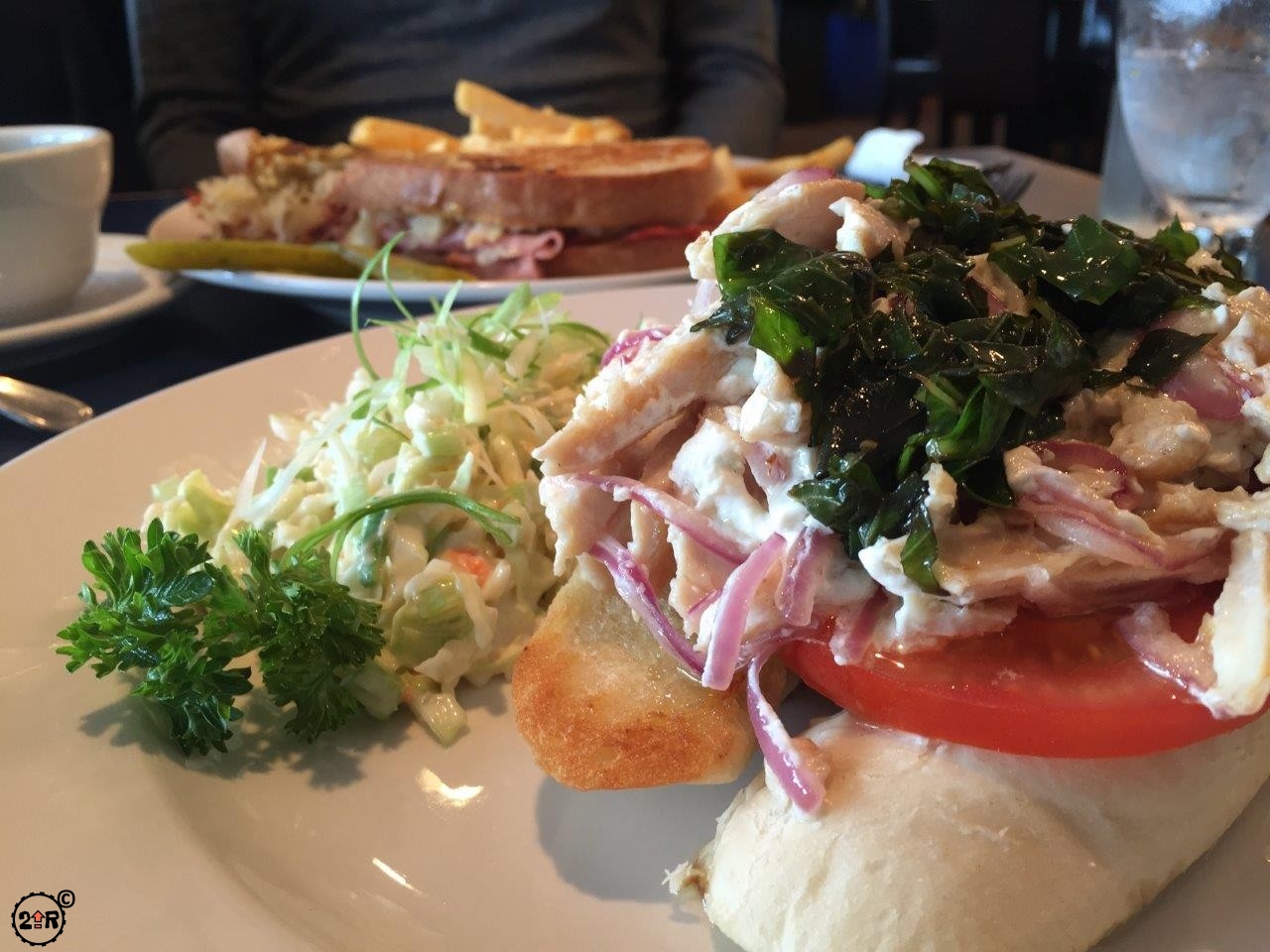 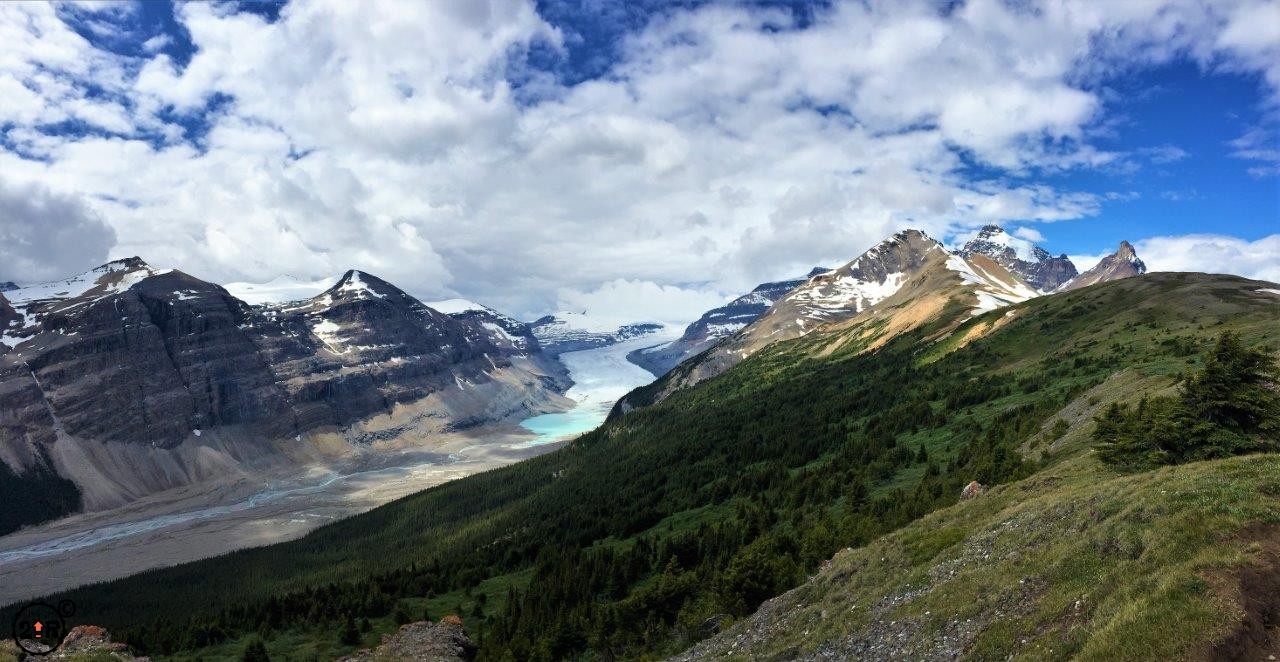