Mostar is a great town to explore to get a taste of life and history in Bosnia Herzegovina and it’s a good day trip from the coast of Croatia if you’re spending time there. We’ve put together a list of items to see and do that we consider the Best of Mostar if you have time for a visit.

The Old Town is a great spot to spend some time just strolling around Mostar. The artisans have many shops along the cobblestone streets, most of them restored since the 1990s war. There are a great variety of items for purchase but one we found particularly interesting were brass shell casings of bullets collected after the war. Of varying sizes, the local artisans have created beautiful patterns on them for display. One of the artists commented that what was once used for violence is now used for beauty…touching. There are many other wares for display and sale, some of them quite unique to the region.

Stari Most, or the Old Bridge of Mostar, is the centerpiece of the town and is certainly on our Best of Mostar list. It connects, essentially, the Christian (west) and Muslim (east) sides of the town, though some of the town west of the river is Muslim. It’s very photogenic and is the location where, for hundreds of years, men and boys jump from the 90 foot height of the bridge into the Neretva River. Now the activity is mainly a tourist attraction with the divers running around at the top and bottom of the bridge collecting donations before they leap to the cool water below. You can spend quite a bit of time on and around the bridge watching people from all over the world explore the area and watching the divers.

#3 The Call to Prayer

In every Muslim country, and ones that are nonsecular but heavily populated by people of the Muslim faith (like Turkey), the call to prayer is unmistakable and resonates throughout the towns, villages, and countryside. Emanating from the minarets of each town (each with its own “song”) it gives you a strong sense of where you are. One of the calls to prayer we heard in Mostar was beautiful. We were sitting at the base of one of the minarets just upstream from Stari Most, at sunset with an awesome pink sky. With the Old Town and the bridge in the background, it was a spiritual few minutes in Mostar.

The Neretva River is the heart of Mostar as it slices the town nearly through the middle. It catches the divers as they jump from Stari Most, brings life giving water, and is beautiful to watch seated at a cafe overlooking Old Town. From Croatia, we were able to follow the river upstream from where it meets the Adriatic, all the way up to the town. It’s a beautiful blue river with its source high up in the Bosnian mountains, draining most of southern Bosnia Herzegovina. As the largest river on the Eastern side of the Adriatic, it provides water and electrical power to a wide area of the region. It’s one of the most important rivers is the entire Balkan Peninsula. In Mostar, it’s just beautiful to witness and certainly worthy of the Best of Mostar.

While on the eastern side of Mostar, we visited a graveyard of Muslim men. While this may seem odd to call this the Best of Mostar, it was truly a location that was Mostar at its very core. We were shocked to see that probably 95% of the gravestones had the year 1993 on them. The men in these graves ranged from 17 to over 70 and I found many that were born in 1970, the same year I was born; it was chilling. We later came to find out that this graveyard was once a town park, but was converted to a burial site during the 1993 siege of Mostar because it was once of the few places in town where the Muslim people could bury their fallen fighters that was not in view of the snipers from the western hills overlooking the town. Imagine being fired upon while burying a family member, crazy.

On the western side of Mostar we headed up the hill out of town to the small cross we had seen keeping watch over the town. (On our way out of town we also saw a Christian cemetery similar to the graveyard we saw on the Muslim side). What appeared to be a small cross from our viewpoint in town, turned out to be a large cross when standing at its base. The cross is over 30 meters (~100 feet) high and strangely looks very cold war communist in its construction. From the mountain there is a commanding view of Mostar and it’s understandable why the Croats selected this and other mountaintop place from which to bombard Mostar. It’s amazing Mostar survived. I took a walk down from the cross to get a better view of Old Town and Stari Most. Apparently that’s not a good idea as I later found out there is the possibility of unexploded land mines on the hill. So beware.

With only 6 hours in Milan we had to optimize our time and take in the sights pronto. The city streets radiate out from the heart center – the Duomo. We stayed close to the center and took in all we could in the few hours we had in this metropolitan city. 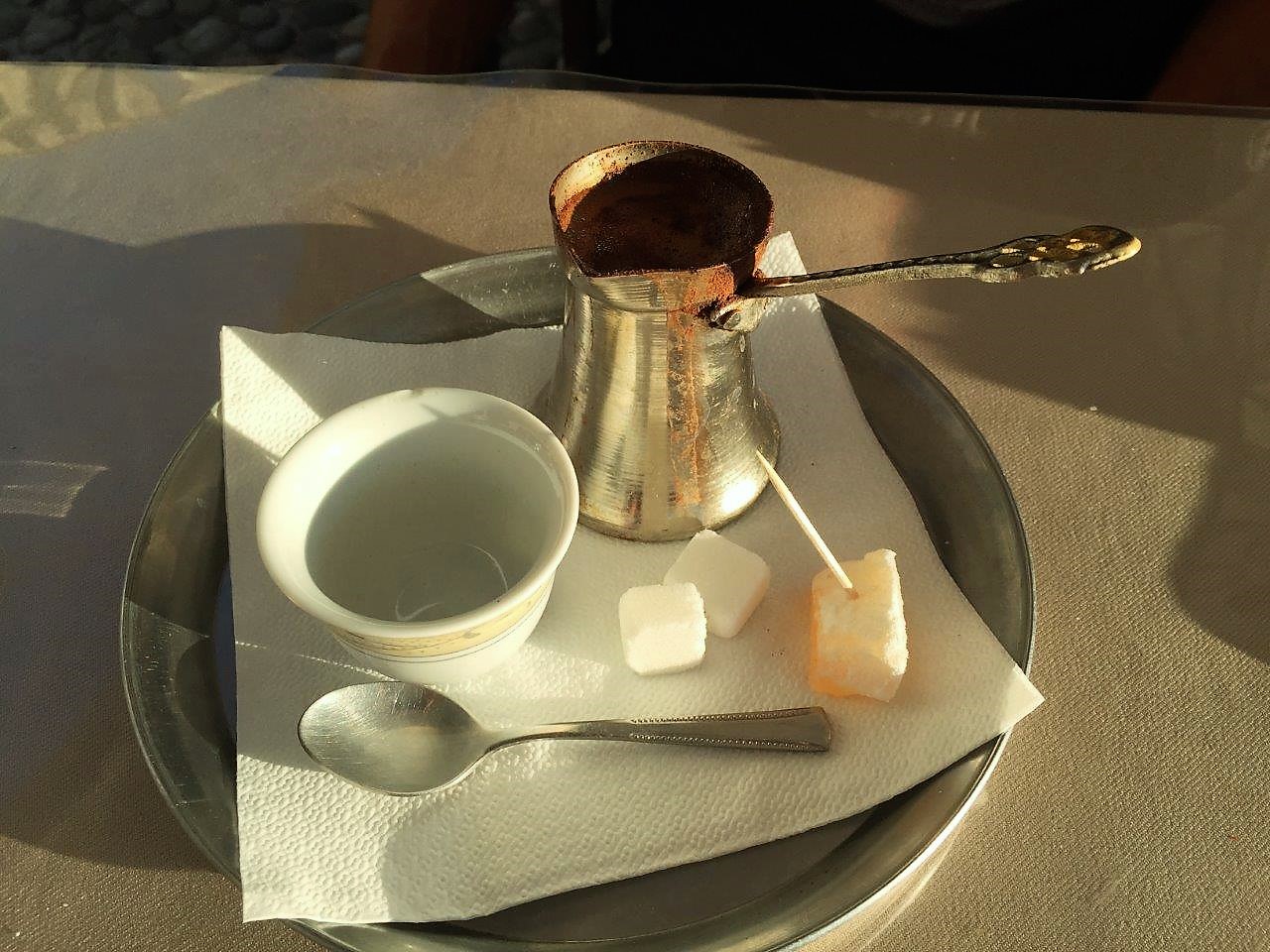