Fish Tacos at Tacofino in Tofino

We were told by local BCers to visit Tofino, a beach town and surf spot on the west coast of Vancouver Island. We were told it’s a Canadian version of the beach towns in California. Being from San Diego, we were curious to see how it measures up. Part of that measure is the food. How could the beach town of Tofino measure up to San Diego for food? One of the most famous of San Diego foods is the fish taco. It’s not easy to do it right. Like the cheesesteak of my hometown of Philly, many people can make one, but most can’t make it authentic. Tacofino in Tofino, BC delivers.

On arriving in Tofino, we looked up the local eateries and there was the typical burger joint, seafood place, sushi joint, and wait…what? Fish tacos in Tofino? Can’t be…but sure enough, true to the San Diego surf style, there is a food truck called Tacofino (get it?). They serve authentic fish tacos and other delicious “mexican” dishes. With a near 5-star Yelp rating, it was worth a try.

Situated in the back of a commercial shopping area complete with a surf shop, the Tacofino truck and surrounds are classic SoCal. The food truck is well adorned with bright colors and the seating area has several long heavy wooden tables with bright orange chairs – we sat family style, everyone shared the tables. We ordered up at the truck – it was hard to decide what to get! Everything looked and smelled so good. We ordered a fish taco (of course), a pork gringa (kind of like a quesadilla but with meat), and a fish burrito. We also order the classic Mexican drinks, cola and orange sodas.

The food came out quickly and it was AWESOME! each item was better than the next. I can say unequivocally that they make fish tacos to rival any of those in San Diego. Each bite made me sadder that I was reaching the end of the feast. Mouthwateringly delicious. We found San Diego 1,500 miles from the warm temps of SoCal. If you are ever in Tofino, you must stop there. Is it worth the drive from Vancouver or points south? Perhaps not, but that’s OK because they have opened restaurants closer to civilization! Tacofino restaurants can be found in Victoria on Vancouver Island and 6 locations in Vancouver. It may not be the same experience as the food truck way out in Tofino, but if they taste anything like what we had, it’s worth the effort to find them!

The Best Gelato Ever

As we walked through Ljubljana toward the castle in the morning, we walked by a corner store that from the outside looked like a clothing store, but in fact was Vigo, a gelato shop. They weren’t yet open as it was only about 10 am, but the gelato maker was… 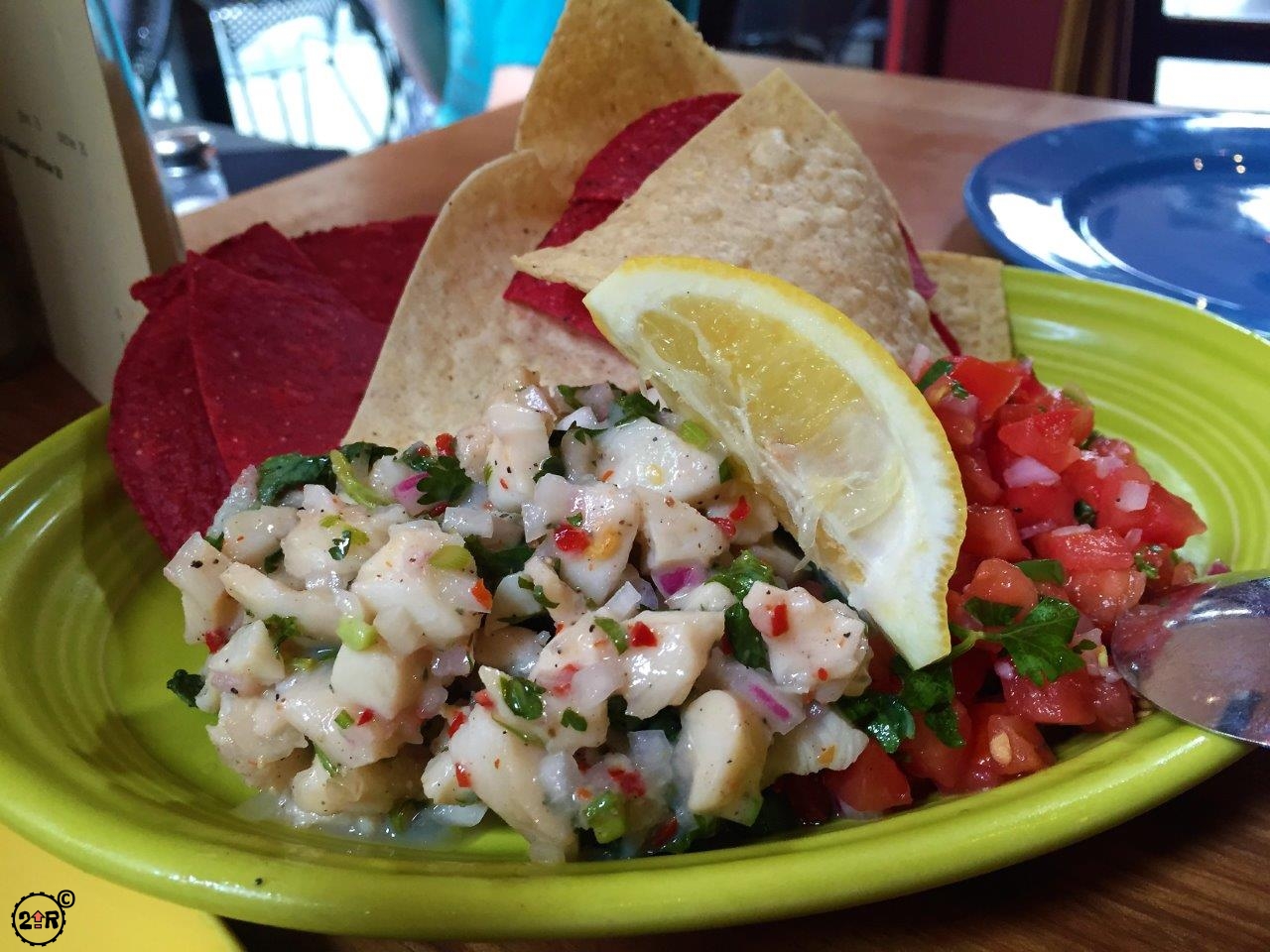