Trogir – The Dramatic End to a Perfect Week

There must have been a red sky somewhere in the Adriatic the morning we returned to our marina in Trogir, we just didn’t see it. We ended an absolutely perfect week sailing the Dalmatian Coast on our Lagoon 380 catamaran with our friends Chris and Carolyn with a beautiful morning sunrise and cloudless skies, and a calm breeze. The skies started clouding up in the late afternoon as we sailed from our overnight harbor of Milna on the Island of Brac to Trogir. As we entered the long bay near Trogir after a day of sailing and swimming, the sun started to set, the clouds thickened, and the breezes really picked up. By the time we had docked, we were in the middle of a full-fledged thunderstorm with lightning and thunder all around us. Waves kicked up, the rain poured down, flashes lit up the sky and the seaside town of Trogir in an eerie manner. Oddly, and perhaps because we had spent a week on our boat, we felt right at home riding out the storm on the back of our catamaran, tied up safe and sound at our slip. We really enjoyed mother nature’s fury as we saw the storm approach, blow through our seaside perch, and rumble on angrily toward the mountains of the Dalmatian Coast. It’s a display we won’t soon forget.

Trogir is a town on a tiny island nestled between the coastline of Croatia and the small island of Ciovo. We hadn’t heard about Trogir until about a month before we were headed to Croatia. The only reason we had heard about it was that is was the location where we would start and end our sailing trip of the Dalmatian Coast. It turns out that Trogir is a very charming town (and a UNESCO World Heritage Site) that is simply swarmed with tourists during the travel season, and for good reason. It is a picturesque town on the water, with a lovely marina and quaint palm tree-lined promenade that is more than suitable for strolling and whiling the day away in the Balkan sunshine. In addition, every Saturday it’s the site of hundreds of sailors ending and beginning their week long cruise of one of the most popular coastlines in the world, the Dalmatian Coast.

Following the end to our very own sailing trip of the aforementioned popular coast, we “cruised” into Trogir to find a simple bite to eat and get our land legs back. What we ended up with was a meal to remember and a nice tour of the town both that evening and the next morning. There are plenty of restaurants, cafes, and tourist shops to satisfy anyone hoping to spend some quality vacation time here and we strongly recommend a visit for a day or two if you’re in the Split area. If you’re fortunate enough to be sailing in or out of Trogir as part of a Dalmatian Coast sailing adventure, make sure to spend an extra day or two in Trogir and explore.

Trogir was founded in the 3rd century BC(!) by Greek travelers in search of a safe port. It changed hand many times over the last couple millennia from Greeks to Romans to Croats to Venetians to Austrians to Italians to French. The layout of the town is due to the Greek influence while the churches are essentially Roman and many of the other buildings have a strong Venetian character. During our brief visit to Trogir we we able to see the City gate and walls dating from the 15th and 17th centuries, the medieval old town dating from the 13th century, the Kamerlengo Fortress dating from the 15th century, and the Saint Lawrence Cathedral dating from the 12th century. The stunning west portal of the cathedral is a masterpiece of the master sculptor and architect Radovan.

When you travel to Croatia, even if only for a day, you must have their traditional meal called peka. When we travel to other countries, we like to immerse ourselves in the culture and traditions of the people, because that’s really what defines a country. 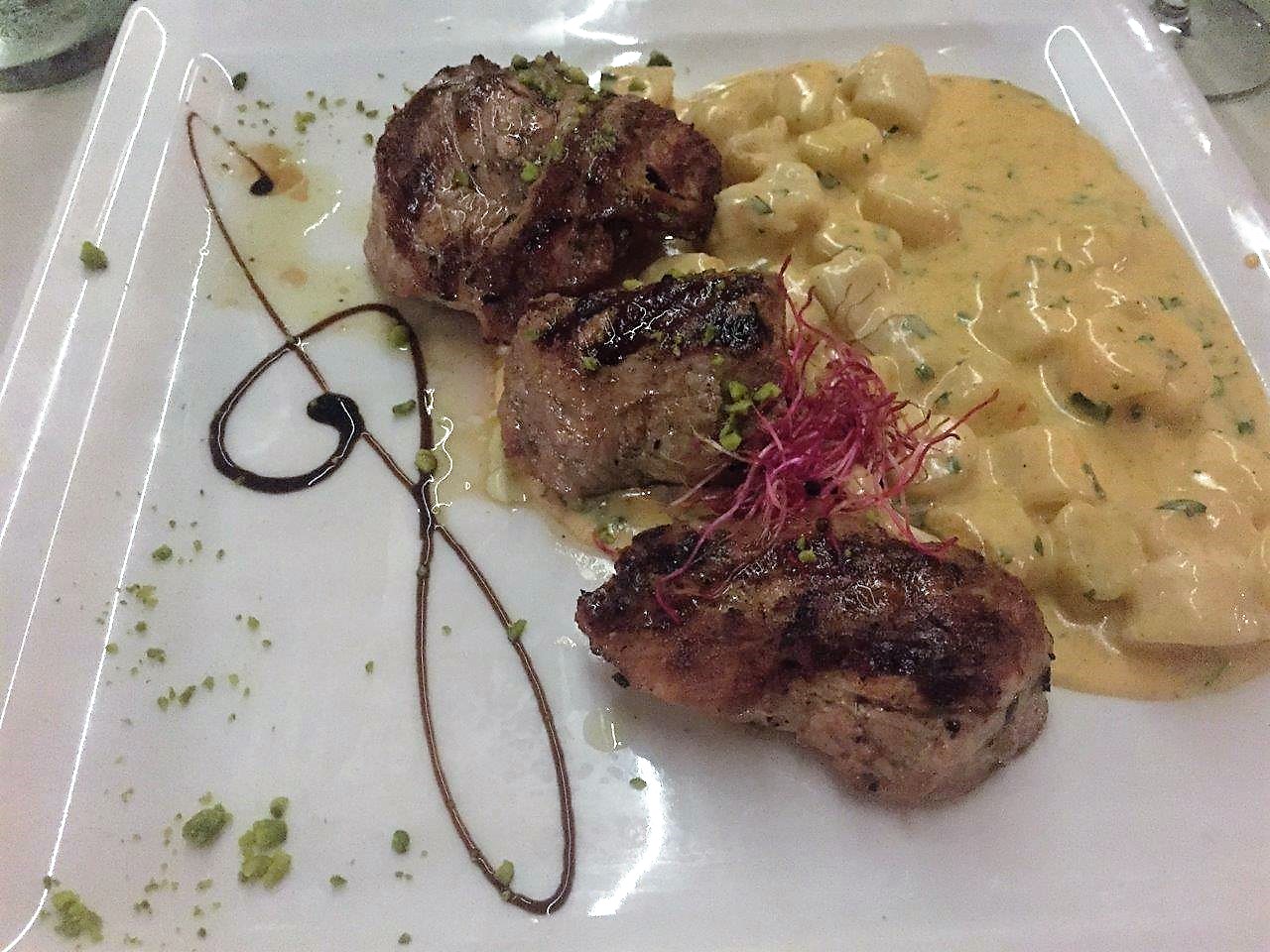 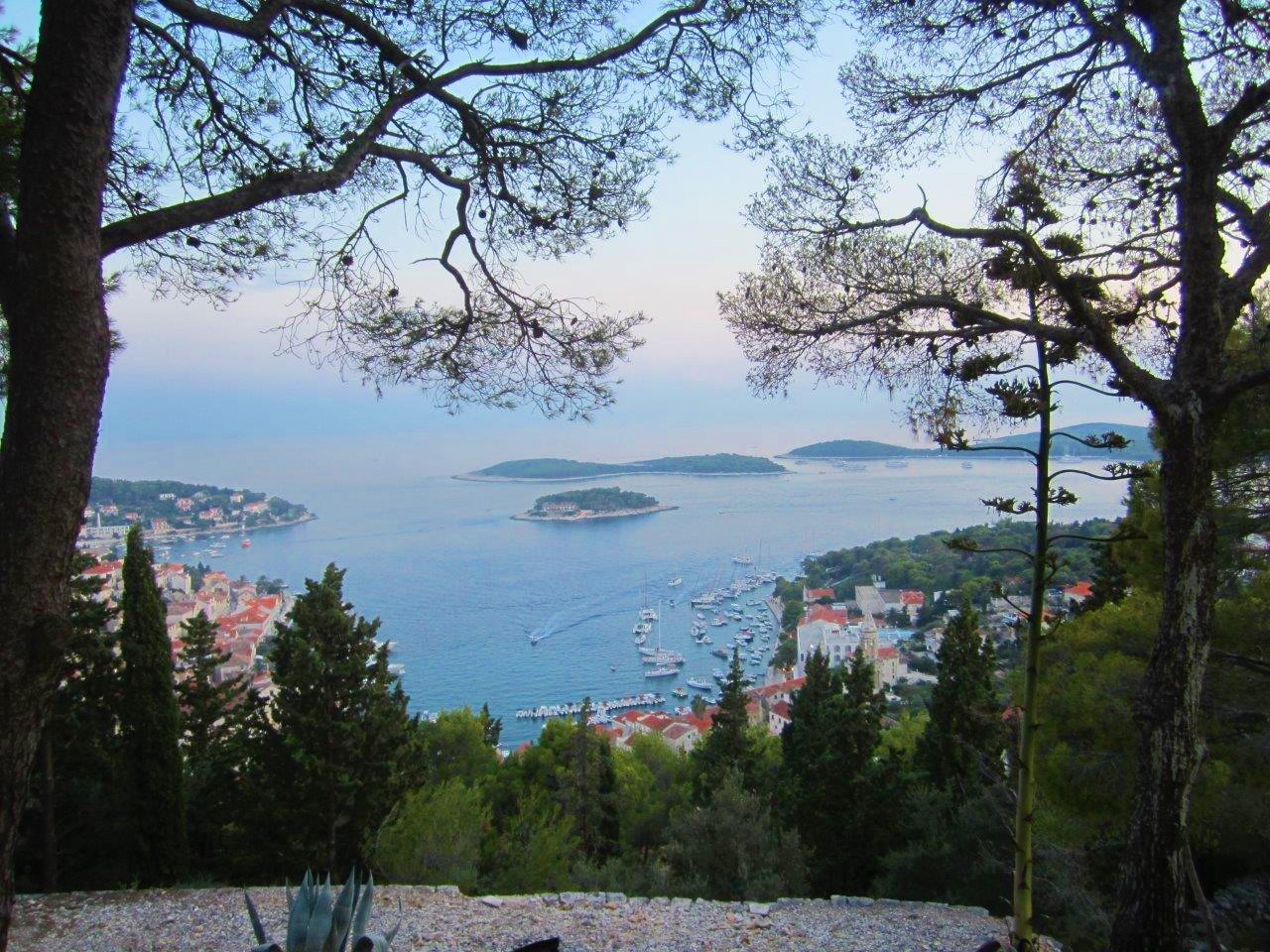