You’ve seen the photo of a catamaran anchored in a tiny cove in crystal blue water and thought “damn that would be awesome to do some time.” We can confidently say that sailing the Dalmatian Coast of Croatia exceeded our expectations, not something you can say about every trip. Often times you see photos and read descriptions about a place, and then when you visit, it’s either not exactly up to par (which I could say about most of Greece) or it’s totally disappointing. Well, I had read a lot about the Dalmatian Coast and saw lots of photos of people having a great time sailing it, but I never expected it would live up to the hype.

Select the Type of Boat for Sailing the Dalmatian Coast

I think the reason the trip was so awesome was that we decided early on that we wanted to go in style. As we were planning this leg of the trip with another couple, we had to be on the same page or it would have led to tension that would have ruined our time together. Fortunately, we all seemed to come to the same conclusion early on about our mode of sailing…any sailboat of a reasonable length just wouldn’t be as comfortable as a catamaran. Sure the catamaran was more expensive than a boat of the same length, by 50%, but it was 400% more worth it.

As we arrived at the marina – ACI on the day we embarked on the trip, it became even more clear we had made the right decision. Seeing the other travelers on their 40 to 50 foot sailboats all crammed in to the cockpit, the four of us on our 2015 38-foot Lagoon 380 catamaran (Eos, which according to our skipper was pronounced “ay-ohs”, not “ee-ohs”…whatever) had room to spare. Not only did we have tons of room on the front of the cat where the hammock is, we also had a spacious sitting/eating area where the cockpit usually is, plus a deck-level indoor dining area and galley that had a 360-degree view of the water. No matter where we were (except our bedrooms) we had a view of the water in any direction. Compare that to having to go down below to the galley and dining area in a traditional sailboat where you can’t see much – the cat had the advantage. Our bedrooms, while small, were more than adequate and comfortable for sleeping.

Plan Your Itinerary Around the Croatian Islands

As for our itinerary, we wanted to see some of the classic stops along this part of Dalmatia (between Split and Dubrovnik), but I also wanted to try and find some secluded areas where we might be away from the masses. I spent months checking places on Google Earth and Maps, as well as the typical travel books and people we knew that had been there or were from Croatia. As a result, we were able to plan our days, day by day with input from the captain who was able to tell us which coves were the nicest in person vs our thoughts from zooming in on Google Earth.

We hit some great places including the Blue Cave on the island of Bisevo, the town of Komiza on Vis, the Green Cave located on a little island just off the coast of Vis, a secluded little cove near Brna on Korcula, the historic old towns of Korcula and Hvar on the islands of the same names, and Zlatni Rat on the south shore of Brac. We had great meals both on the boat and on land, walked some memorable streets in Hvar and Korcula, and had some of the best gelato in all of the Adriatic at Kiwi in Korcula.

Be forewarned…the water was nice and warm and clear, and we had a great time swimming, but true sandy beaches are a rarity along the Dalmatian Coast, whether on the mainland or the islands. For some geological reason that escapes me, much of the coastline of this part of the Adriatic is very rocky, and what appears to be a nice sandy beach from Google Earth or photos, often is a rocky or cobbly beach. In many places the limestone and dolomite bedrock comes right up to the edge of the water, so there is no beach at all, and that rock can be VERY sharp (ask me how I know).

Choose when to Sail the Adriatic

As with most things in life, timing is everything; and sailing the Dalmatian Coast is no different. Timing affects cost, weather, water temperature, and most importantly…crowds. Sailing season is from March through November but either end of this season is for the diehards who can handle cooler weather. The summer sun is fairly reliable but winds can be light which leaves you motoring to get to where you want to go. While August is the most crowded month, we decided to do our sailing trip at the end of August/beginning of September and it was perfect. The weather was great (it rained once, literally as we pulled back into the marina on the last day), the water was late summer warm, the cost of the boat was less than peak season (by about 20%), and best of all, the hordes of Euros in July and August that our skipper told us about, were nowhere to be found. If you can swing it, do an off season trip. I’m sure it would have been a different experience in the middle of July. 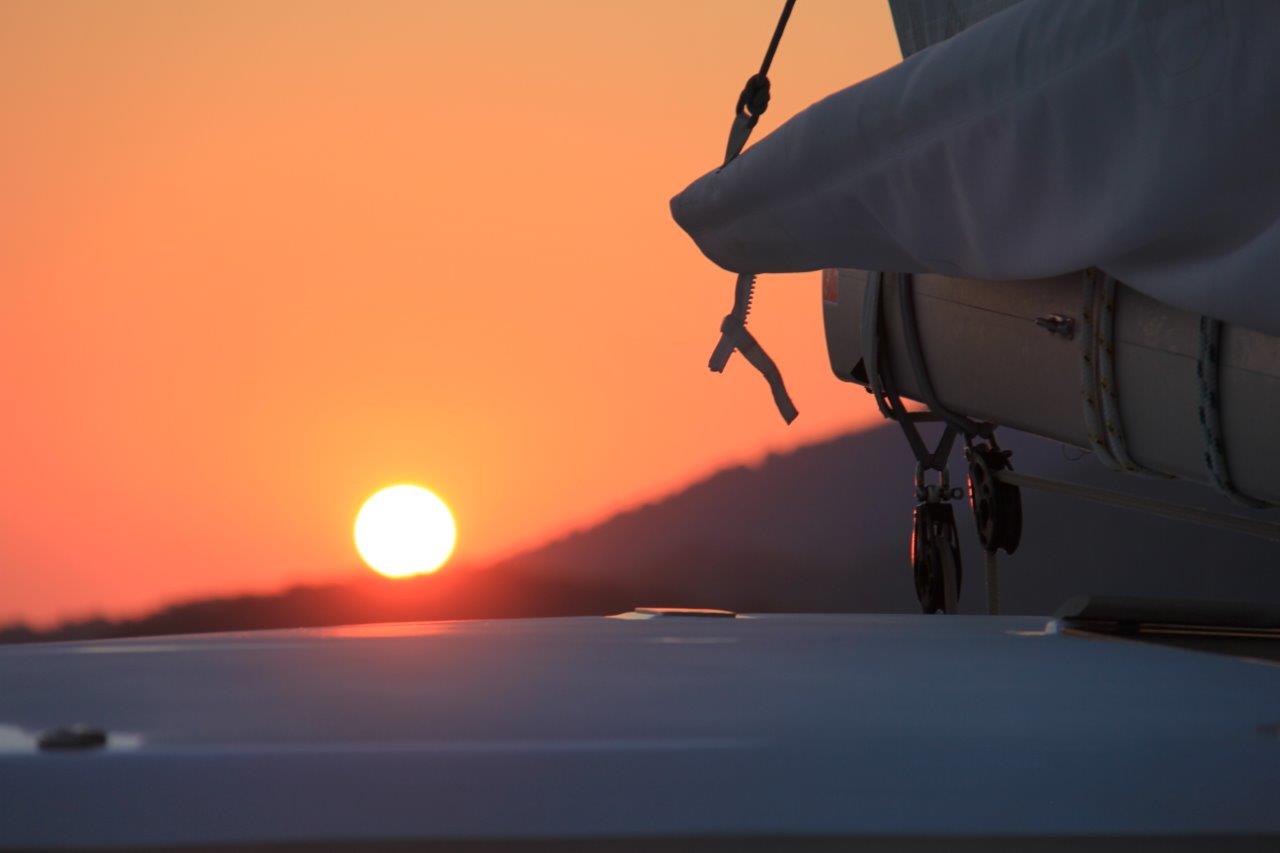 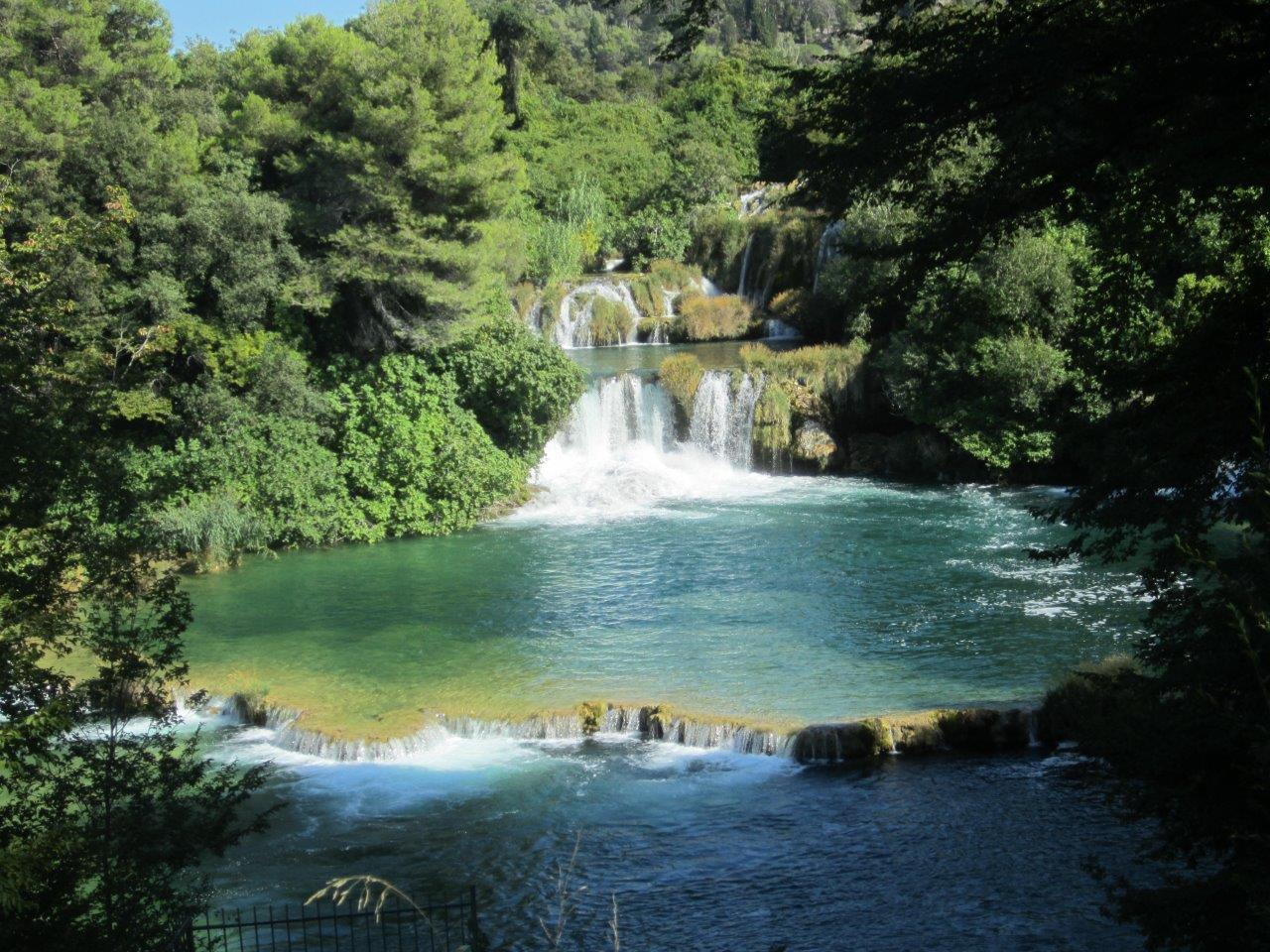