As we left our Swiss family, we headed out of Flims toward Ancona to catch our ferry over the Lukmanier Pass, also known as Ospizio del Lucomagno if you’re Italian. On the boarder everything has both Italian and German names – great if you speak one of the two languages but a bit confusing if you speak neither.

True to our nature, we didn’t want to head over one of the highway mountain passes, or (gasp!) a tunnel. So we found the more scenic (keeping in mind all of Switzerland is scenic) way through the Lukmanier Pass. The road starts in Disentis, in the canton of Graubuenden in Switzerland and heads over the Alps, through the pass, to Biasca in the canton of Ticino. Cantons are the various regions of Switzerland with there own unique dialects, 26 in all.

Keeping in mind it was mid May, and not altogether late Spring let alone summer high in the Alps, it was a bit chilly that first few hours. Up, up, up over the pass, 1,920 meters (6,336 feet) we saw plenty of the snow that had fallen over the winter. Cold yes, but the road was nice and clear.

Everything a motorcyclist wishes for, the Lukmanier Pass delivers with all the twisty turnies, the stunning views and the pristine roads. Navigating the numerous alpine passes is a dream for any motorcyclist and we are blessed to be navigating some of these for our 3rd time, despite this we NEVER aren’t awed by the beauty of these passes.

Twisting and turning down the road, we veered off at a tiny village called Dangio. We stopped at a little café with no sign, just 3 old Swiss-Italian men sitting at a small table and chairs outside the café enjoying their morning coffee. While Bec wentin to find the restroom, I got an espresso and watched the men slowly recognize the bike for the monster it is, complete with a California license plate. They just chuckle and talk amongst themselves while I’m left to wonder, ‘do they like it? Are they surprised it’s from California? Or are they just enjoying the day of which we just ended up being an unexpected part?’

In Aquila is an old (by US standards) piece of Swiss chocolate history. The factory of Cima Norma, set at the foot of Adula Mountain (11,225 feet and the highest in Canton Ticino) looms as a huge old building in an otherwise quaint village. It was rebuilt from being an old brewery in 1903 by the Cima family and at its peak, employed 340 people at its peak producing 12,000 tons of chocolate annually! They even had their own railroad line to ship the chocolate down to Acquarossa for further distribution. The factory closed in 1968, and was used until 2000 for military exercises and to house soldiers. It doesn’t look much worse for wear, as so many buildings in Europe seem to develop a nice patina. It’s reported to still be in use to house small businesses, loft apartments, exhibition spaces, and even a garage.

From Aquila we managed to get to the Switzerland/Italy border near Lake Como. You don’t need to show passports going from Switzerland to Italy so we thought crossing the border would be a breeze. Wrong. For some reason that we were only able to attribute to some idiot Italian policeman, we had to sit in traffic for nearly an hour while he managed totally screw up the traffic flow. We were at a traffic circle where he was letting 30 cars go from one road for every 2 or 3 of us. Fortunately with the motorcycle we were able to make our way through the traffic jam and finally got back on our way. I’m convinced if we were in a car we’d still be there. We finally reached Lake Como. What a beautiful sight. We stopped and broke out our staple meal, some salami or similar type meat, brie cheese, and a baguette. It was really nice to just sit and enjoy the lake and watch the people going about their lives. Sadly though, I had 2 other things also occupying my mind…gelato and getting on down the road. After about an hour, we did get some gelato, and got back on the road.

Our route was a means to an end, not enjoyment of the ride. A flat, wide highway, pretty much absent any of the romance of the other twisty turning roads of Tuscany or the Italian Alps. But it was a quick way to get to our overnight spot. We passed several towns with familiar names, Parma and Reggio (both of the cheese fame), Modena (birthplace of Ferrari) and finally Bologna (Oscar Mayer anyone?).

We ended our first day traveling in the City of Bologna. I do hope to return one day to visit (as I do to many places we cruise by) but this was just an overnight and back on the road 220 km to Ancona for our ferry. We had a great meal at a local place recommended by our airbnb hosts. Pizza never tasted so good. But what I remember about that night is how hard we laughed at the misspellings on the English menu. Look, I appreciate that they even have menus in English, but there were some doozys. The one we still joke about is egglepants. We’re pretty sure they meant eggplant, but for us at that moment, we just couldn’t stop laughing. 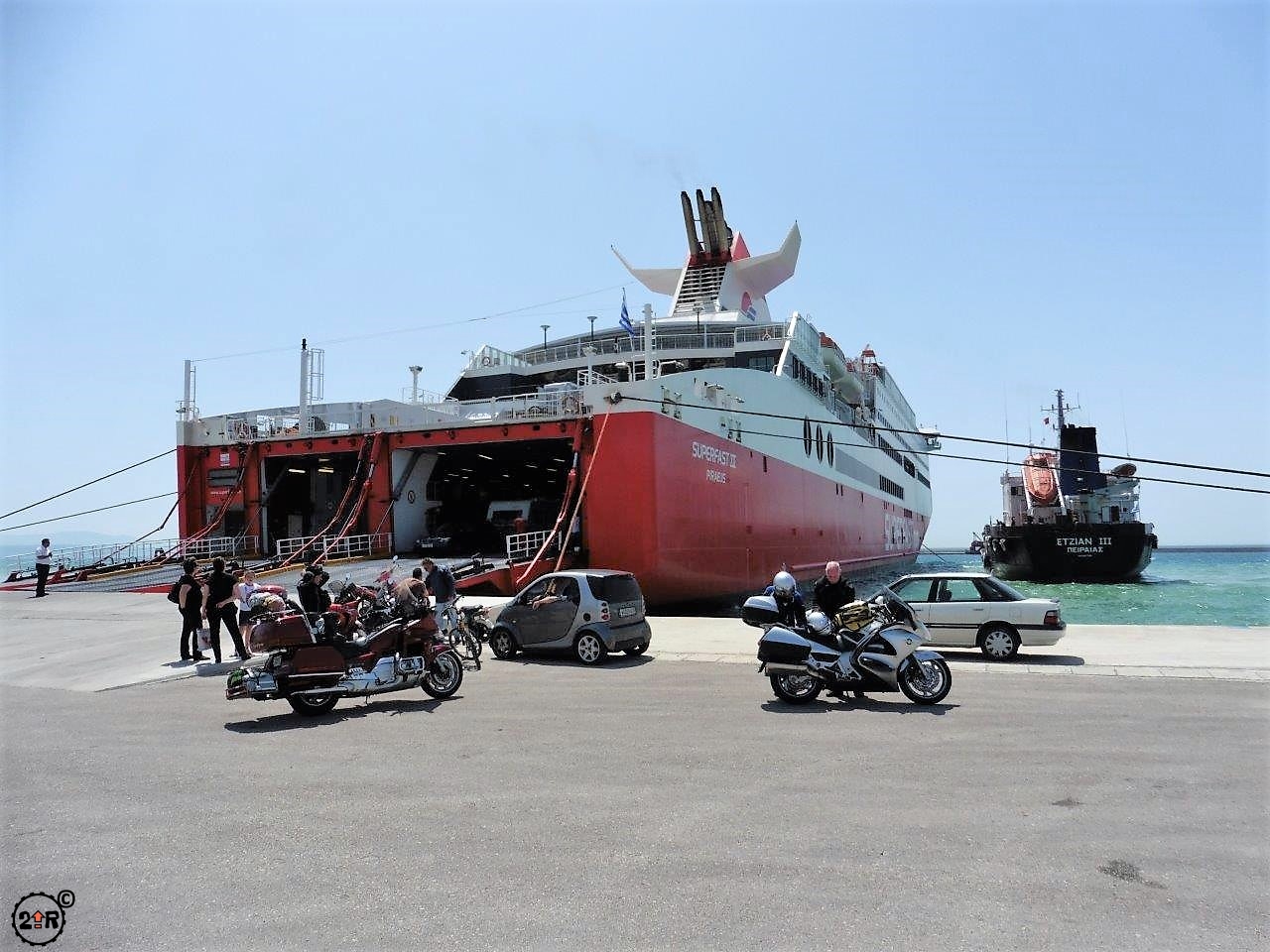